From the 11th June 2013, any brands wishing to showcase their products through the Google Shopping search engine will have to pay for the privilege. Google's latest hurdle in its bid to restructure its digital empire, marks the final step in the global transition for Google's shopping engine to go commercial.

In a bid to realistically compete with Amazon product ads, Google began the transition to a Pay per Click model in the United States mid-way through 2012. This quickly levelled the playing field between these big-time rivals with Google's shopping engine making an impressive re-entrance when they more than doubled the traffic from Google Shopping to advertised merchants in Q3 and Q4 of 2012, when compared with the same period of the previous year.

Once the transition completes, free product listings will no longer appear. It is hoped that this will weed out the irrelevant or out-of-stock and out-dated products that might previously have been pulled into the Shopping engine via poorly updated RSS feeds and comparison sites.

This new and improved shopping model is hoped to help retailers connect their products with their intended consumers all over the world. This is great in theory but will it result in the big guns pushing the small timers out?

Google doesn’t think so. They hope that the new system, which has been built on the ‘Product Listing Ads’ will increase clicks to the merchants sites and convert more shoppers into buyers. They have already seen a 20% growth in traffic to retailers over the past year.

Whenever a product listing ad is clicked by a potential customer searching, the merchant has to pay Google. The price per click will depend on the product and its value.

It is reported that retailers using the paid product listing ads thus far, have seen their click-through-rates increase, their Pay per Click costs decrease and an overall better return on investment; in comparison to the traditional Google Ads, PPC text ads.

When they click an ad, it will take them directly to a sales landing page to buy the product.

The design of the shopping engine is very user friendly with clear information on each product along with prices, sizing and a large product image. It also makes choosing a product by design or price very quick and easy with an in-page comparison view.

The global retail community has rapidly latched on to the ease of use of the Google Shopping engine and now there are over 1 billion products being promoted globally.  These fast figures and impressive statistics are also due to the huge number of participating merchants which are increasingly discovering and joining the Google Shopping bandwagon. With a 300% year-on-year growth in participating sellers (this includes aggregators and marketplaces), it cannot be denied that these merchants need somewhere reliable to showcase their wares. 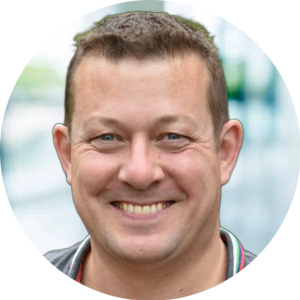 I live with my wife and two sons in Hampshire, UK. Around 2000, I was asked to build a website for my rugby club and quickly established that I'm no designer! It did introduce me to SEO. In 2002 I discovered Google AdWords and have been actively involved in the search marketing industry ever since.
All Posts »
PrevPreviousThe Complexities Behind Google Search
NextLower Google Ads Costs by Improving Your Quality ScoreNext